A French Fashion Designer that has stunned the public in Paris, London and Los Angeles and has created much enthusiasm through his artistic talent and esthetic style, the iron convention has been broken.

After graduating from Guerre-Lavigne collage of Art in Paris, France, Salah had the opportunity to work with world-renowned designer Pierre Cardin and spent eight years making waves in Paris. With the opening of his Haute Couture House of Fashions in Beverly Hills, His capabilities have once again reached new heights.

Salah has a certain signature appeal to his design that never seems to go out of style, and for that, and many more reasons, he has been featured in several newspapers and publications, including “Best of L.A” and “Our Heritage”.

Salah has designed for many celebrities including Audrey Meadows, Jean Kasem, Ja Ja Gabor, Lily Tomlin, Tita Con, and Lionel Richie. Salah has also designed for movies, television studios and taught at the Academy of the Arts. 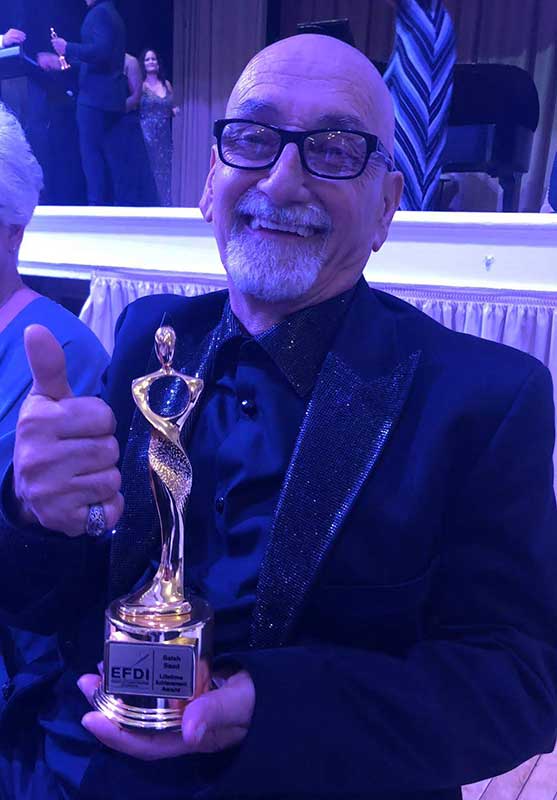 Salah has made the following personal achievements and business accomplishments in Los Angeles: